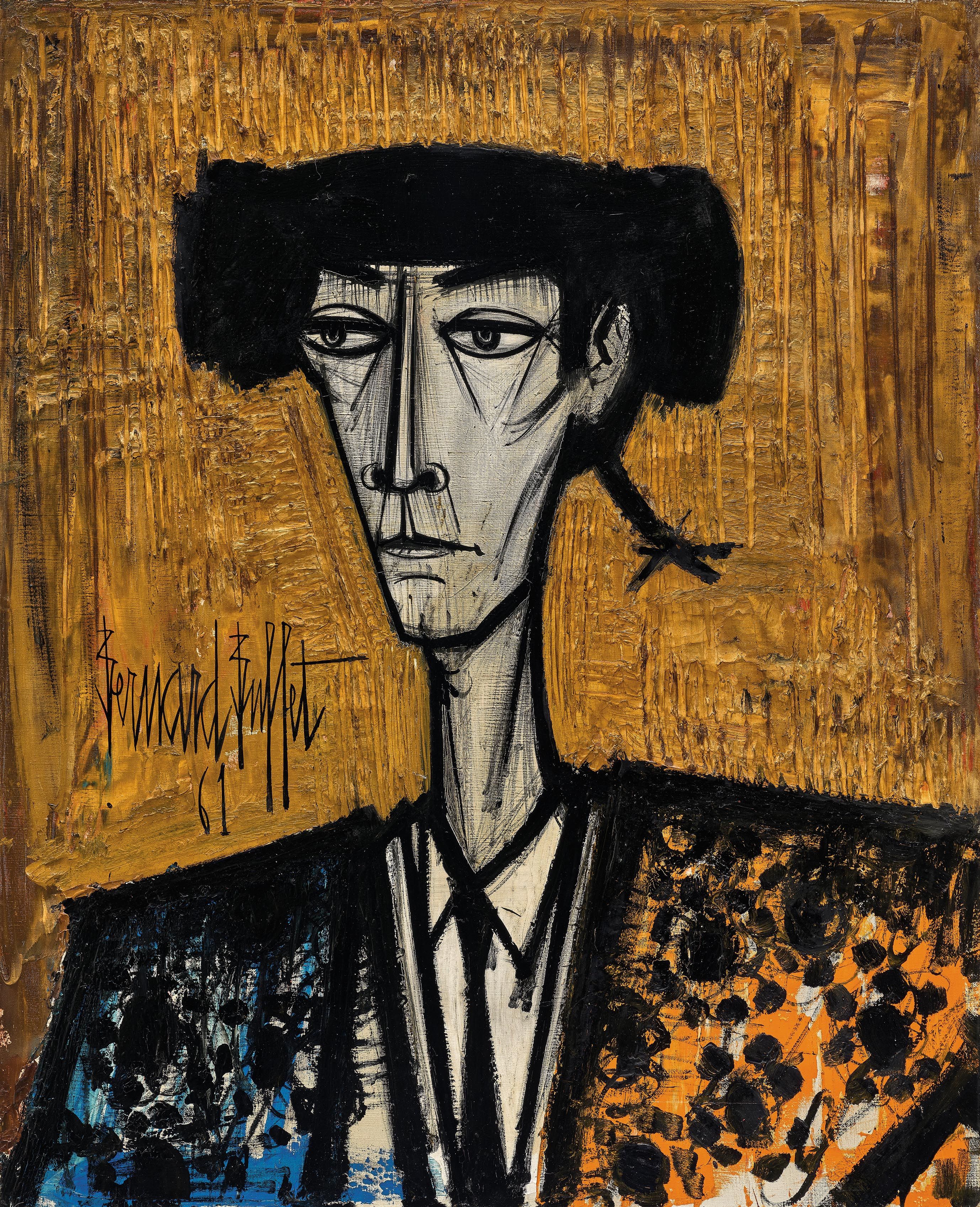 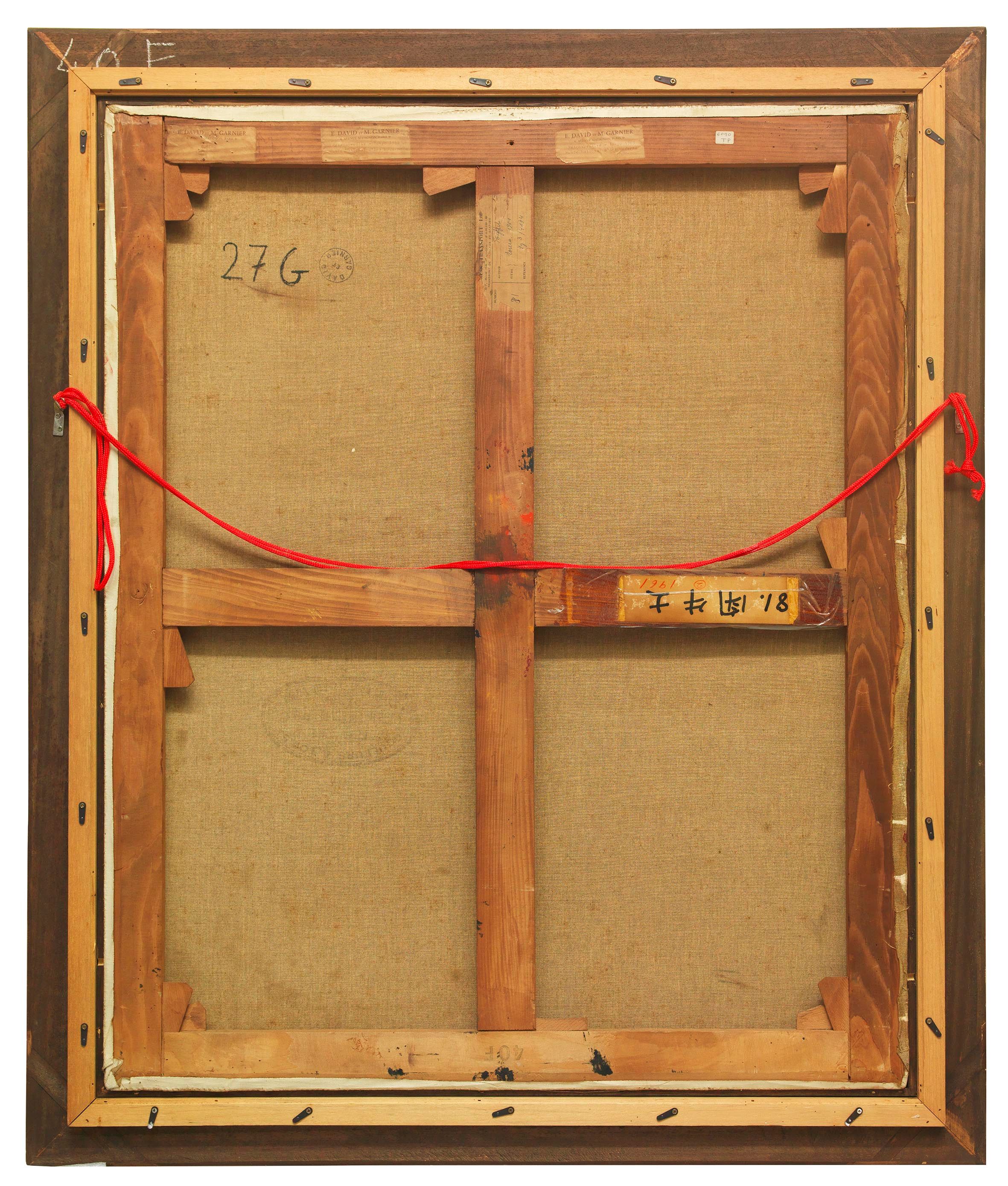 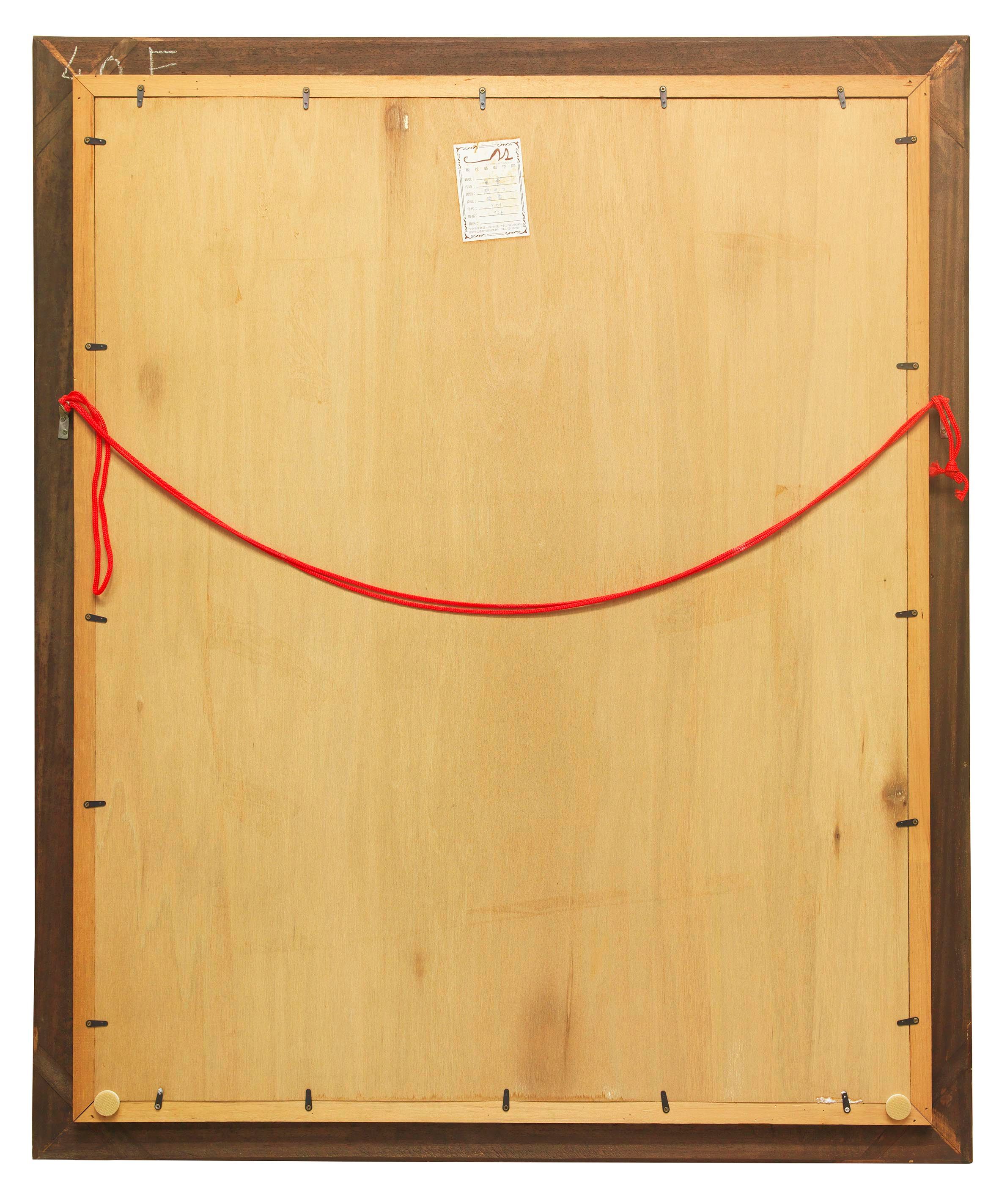 Known as "the master of post-war Expressionism" and "the successor of French realism", Bernard Buffet is ranked at the very top of Art Appreciation Magazine's list of "Top Ten Post-war Artists". Japanese collector Ichiro Okano praised Buffet as the "Pope of French art" and even built a personal art museum in honor of him. Buffet's reputation spread far and wide with fans all over the world, and he was pursued by the limelight all his life. During World War II, young Buffet mostly painted still lifes, self-portraits, hometown landscapes and studios. Former French President Jacques Chirac also once wrote: "Buffet gives concrete expression to the suffering of post-war France—a wholehearted expression of weakness, pain and poverty." The improvement of the post-war economic environment is reflected in the enrichment of he artist's themes, such as matadors, circuses, and famous historical scenes, as well as the edification of Buffet's works in the École Nationale Supérieure des Beaux-arts and the Louvre. With his creative drive, exuberant and passionate creations, and rapid rise to fame, Buffet was hailed as a genius. He was incredibly prolific, producing more than 8,000 works in his life. Buffet enriched an art world that was eager for stimulation, and his work was also aligned with society's hope that art would once again lead the human spirit. In recent years, in the main trading market, Buffet has ranked among the classical arts such as Impressionism and L'École de Paris, especially his works from 1950 to 1960. The Matador series is a representative theme.

In 1958, when he was in his thirties and already famous, Buffet held his first personal retrospective exhibition. The classic Matador series, beloved by collectors all over the world, was also launched in the same year. Buffet was a bullfighting connoisseur and had a great passion for this Spanish tradition. Many famous Spanish artists throughout history were also inspired by bullfighting, including Pablo Picasso, Oscar Dominquez, Manolo Millares and more. Buffet bought an estate in Provence, near the Spanish border, which also had a rich bullfighting culture. Buffet invited his wife Annabel to dress in matador clothing and be his model, imitating matador poses in his studio. "Buffet led me to the world of bullfighting. The first time I entered the arena to watch the performance, I was almost immediately fascinated by its amazing sense of aestheticism...I still remember when I posed as a model. Looking back, it is as if happened only yesterday." Annabelle Buffet

In October 2016, the Musée d'Art Moderne de la Ville de Paris held a retrospective exhibition of Buffet's works. Visitors were greeted at the entrance by the giant 1966 painting La Corrida, Toréro, Desplante de rodillas, with a total length of 5 meters and a height of 2 meters. The group of fighters is full of dramatic tension, sacred and inviolable. Such a magnificent opening, like the bloody bullring, shocked every visitor. In 1967, Galerie David et Garnier held a solo exhibition on the Matador theme. If Buffet's clown was a reflection of the pain and humiliation of war, the magnificent theme of the matador echoes the French society, youth movement, music, film, literature, art of the 1950s and 1960s. Ravenel's autumn auction lot 038 Tête de Toréro is a 1961 masterpiece of the matador's personal facial expression. Unlike Buffet's works from the late 1950s, which focus on the profile of the figure, this work emphasizes the noble and solemn spirit of the subject. This work is represented by Galerie Garnier in France and is included in the Foundation's archive. It has been in a private collection in Asia since the 1990s. The background of the painting is richly layered, and the tan colors highlight the subject's profound and resolute expression. The angular composition emphasizes the piece's emotional tension. The subject is dressed in bullfighting finery and wears a solemn black hat. The strong shapes evoke armor, with curling black lines outlining the details. Thick lines alternate with thin ones to create a three-dimensional shadow. The climax of the confrontation between the gallant warrior and the raging bull, the passion of the audience, and the violence of the dance of desire are all condensed into a metaphor of the subject's spirit. This is indeed a wonderful work of Buffet's portraiture.
Related Info