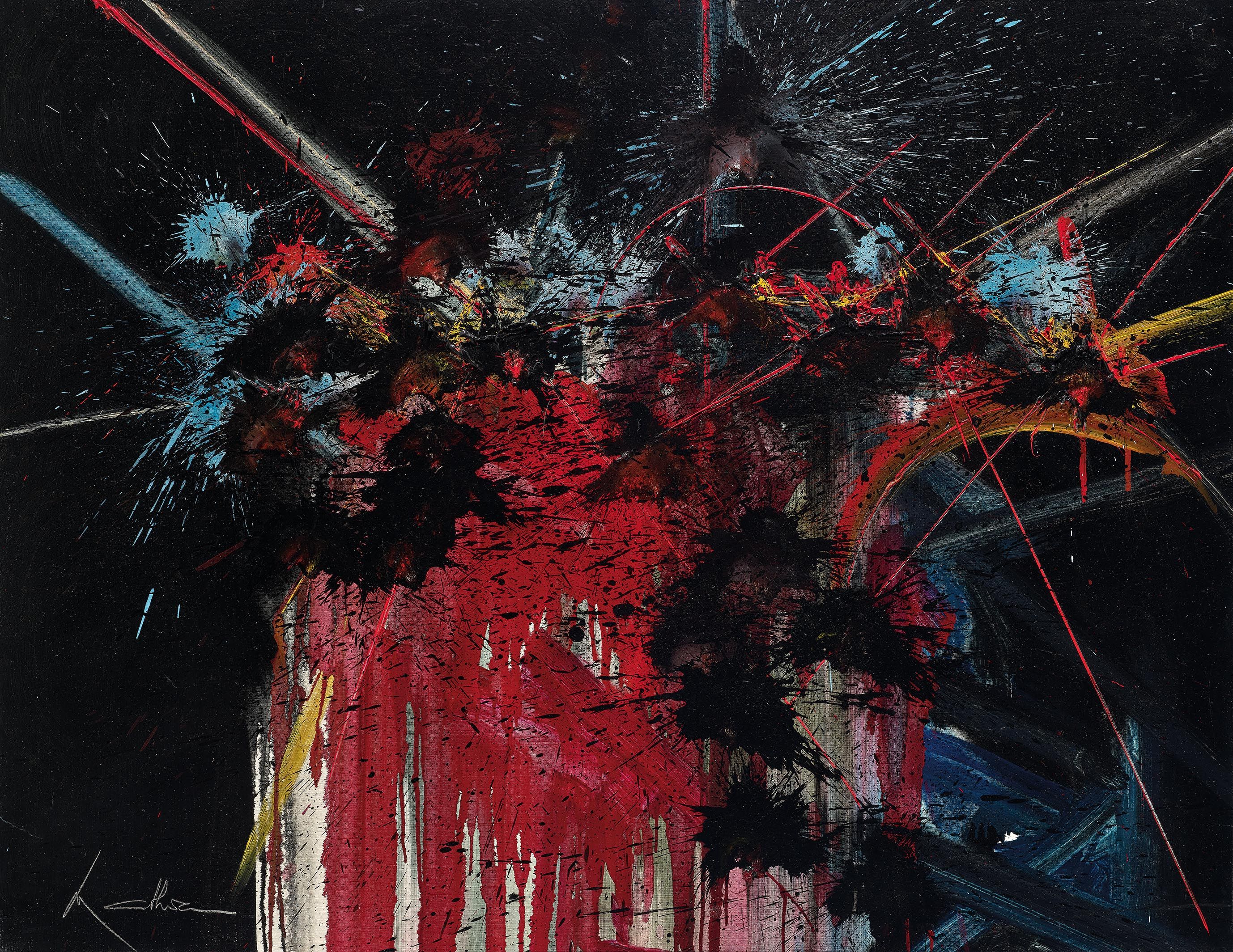 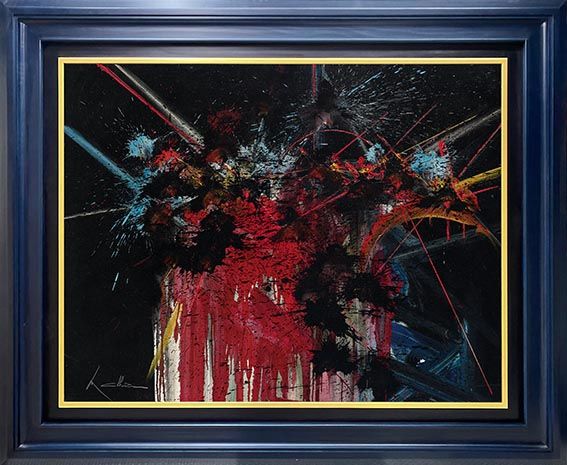 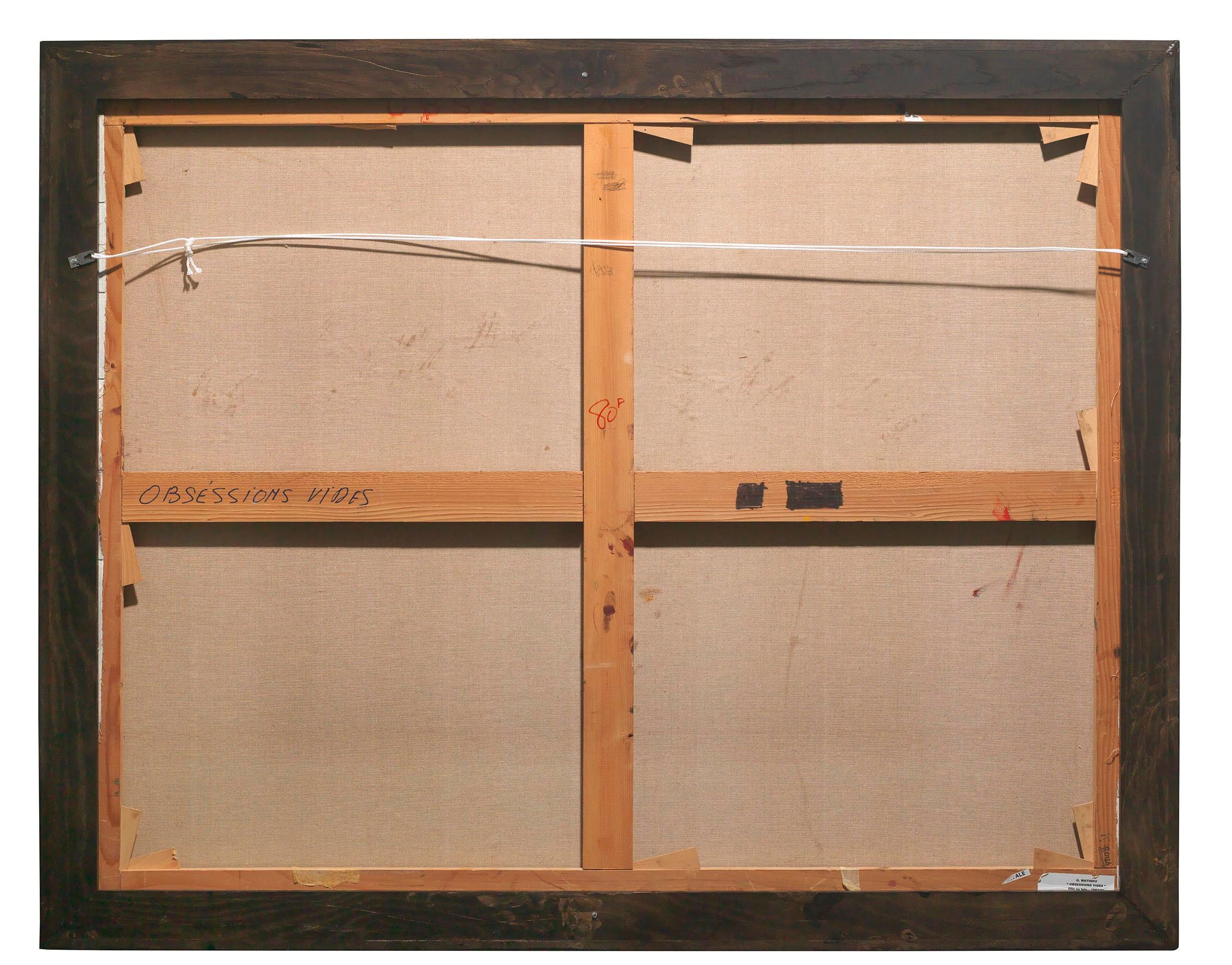 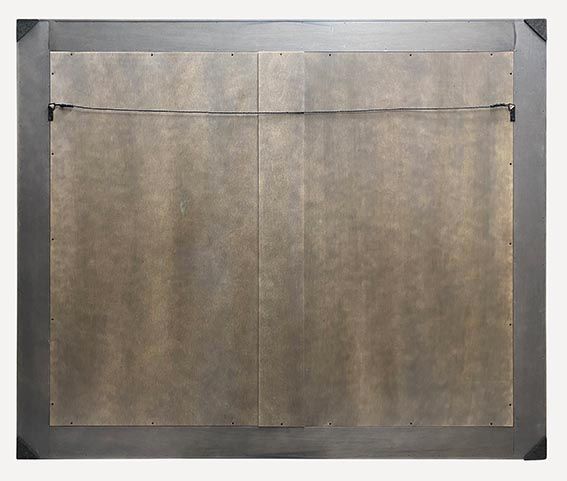 PROVENANCE:
Galerie Hurtebize, Cannes
This lot is accompanied with a certificate of authenticity issued by the authorized expert.

In 2019, the article, "Composing Grand Epics with Rapid - Georges Mathieu, The Father of Lyrical Abstraction", in the Art and Investment column of Ravenel Quarterly No. 27 pointed to George Mathieu's role as a master of French contemporary art. Compared to artists from his time, such as Chu Teh-Chun, Zao Wou-Ki, Hans Hartung, and Pierre Soulages, however, Mathieu's key role in history was not directly reflected in the market value of his works. Hence, the predicted growth of his work has attracted global market attention. Over the past two years, this trend of development is reflected in the active transactions of the art market, the artist's centennial birthday celebration, and the retrospective exhibitions launched by art organizations and galleries around the world.

In the wave of post-war abstraction, the "father of lyrical abstraction" Georges Mathieu undoubtedly stood as the most inspirational and talented pioneer. He expressed the theory of lyrical abstraction by using a more intuitive, primitive method to advocate the liberation of abstract art from geometric concepts while presenting it in a whole new style. In addition to demonstrating the evolution of abstract symbols and raphics in the language of eastern calligraphy, Mathieu even expanded the approach to the practice of applied art, leaving a profound impact in art history with his many remarkable achievements. He mprovised paintings in front of viewers and unveiled the creative process through expressive performances. Drawing public attention through the media, Mathieu broke the stereotype that abstract art could only be appreciated by intellectuals due to being too difficult to approach and understand.

Most of Mathieu's abstract paintings from the 1950s focused on amorphous shapes and the experimental "dripping" technique. He applied the abstract form of dripping oil paint by directly squeezing paint out of its tube to create embossed outlines and textures for a smooth, intuitive expression. By the 1970s, Mathieu's work displayed a layered background with varying shades and brilliantly colored lines. More lette knife marks were also visible in the originally smooth color strips. Mathieu's style changed drastically by the 1980s in what the art community later referred to as "The Cosmic Period." From the perspectives of uniqueness, versatility, speed, and immersivity, this series indeed marked an unparalleled achievement by the artist that deserves to be recorded in art history. The exhibition critique published in Mathieu: 50 ns de Création described this series as the best illustration of the global turmoil during that surging era. In recent years, this series has proven to be the most popular item in art auctions and trades. Completed in 1989, the same year when Mathieu was invited to hold a solo exhibition at Maison de la Culture de Metz, The Obessesions Vides served as testimony to yet another glamorous climax in the later phases of Mathieu's creation. The Obessesions Vides is valuable for retaining the characteristics of automatic dripping in Mathieu's early works. The dripping paints boldly intersect with the firm and versatile lines in red, blue, gold as the ink-colored splashes poured into a chaotic void. The title, Obessesions Vides, also echoes the artist's core concept of speed and freedom from conscious distraction, conveying an independent and focused intuition with neither any predetermined limits nor dependency on external materials. Following the dynamic, lively outlines and pen strokes, it is possible to imagine how the art master gracefully created the painting without too much thinking, like a "western calligrapher" as described by André Malraux, the former Minister of Culture in France and a novelist.
Related Info