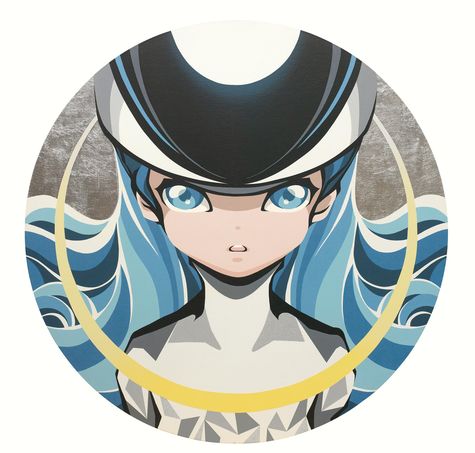 Born in Tokyo, Japan, Matsuma started to work as a graphic designer for advertising, packaging, binding and logo design. Since 1999, the artist started to produce "Poster+Package+Skateboard" designs using "Character Illustration" themes and gained world renown. He began his own creations from a desire of "do in his own way absolutely". The dazzling and diverse shine and variety of visual styles come from the aesthetics driven by the animation and cartoons of the new century. He uses the “New Aesthetics of Comics and Animation” which grow with most people, and the natural techniques of a graphic designer to draw out "characters" in a fictitious kingdom one by one to create a pure and lovely world. In 2001, he gained recognition when he was awarded the Scout Prize at Takeshi Murakami’s GEIJUTSU-DOUJOU/GP at Museum of Contemporary Art Tokyo.
Related Info